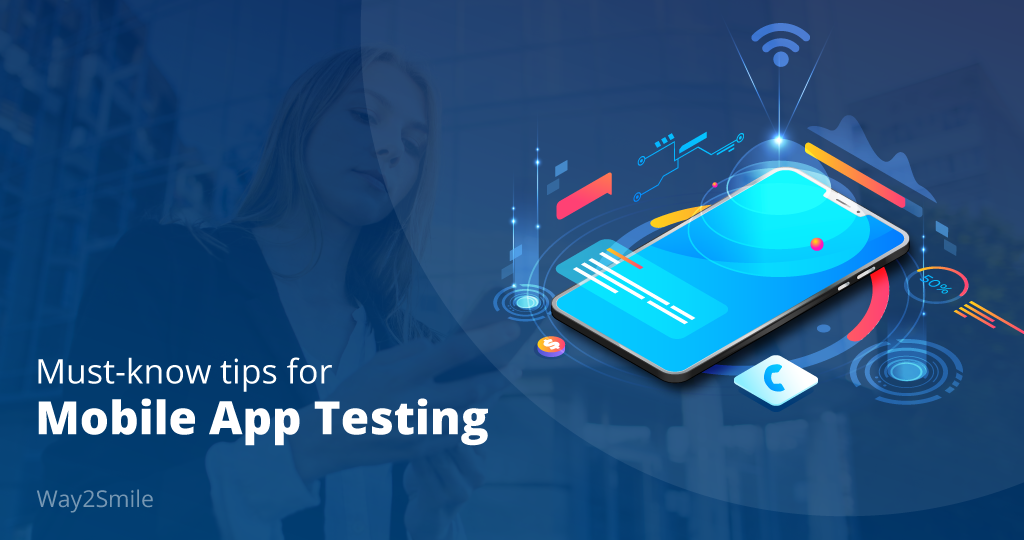 Mobile apps and their performance in 2019
A lot of practice, preaching, and passion for mobile apps has helped the tech world evolve their understanding of mobile app testing. It is one of the most undervalued and understated phases of mobile app development. But it plays a leading role in the peaking performance of mobile apps. With increasing possibilities of customer engagement and 360° digital transformation of businesses, mobile apps are practically becoming significant sales, marketing, and the overall way in which brands existing customers to perceive.

Super successful and miserably failed mobile apps are painting an informative, canvas of mobile apps and increasing views with a larger digitally active population all across the world. With a fantastic opportunity for the businesses to grab for higher profits, mobile apps are promising a lot. But it is still valid only with the right practices and benefits that make an actionable plan to be mobile app testing plan.

At large, projects are driven by leading web and mobile development company. The importance given to testing differentiates a genuinely resulted in, sustainable product developing company from the one that you may not however opt for.

Here are essential tips for mobile app testing in 2019 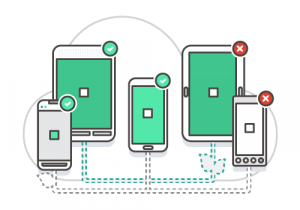 There are a lot of confusions while in development and founders are generally not able to decide. It is difficult to determine if they want a native, web, or a cross-platform digital solution for their business idea. Irrespective of the platform you choose, a platform targeted testing is essential when it comes to mobile app testing. Testing your mobile apps for completely working high potential native mobile platforms like iOS and android is extremely important. Letting your mobile app show its mettle of performance and sustainability in a particular development environment is one of the positive matrices to analyze the right execution way of the app.

While testing mobile apps for android, there are certain aspects which you ought need to know and take care of. RAM allocation, performance bottlenecks, data stream continuity, dependency injection are certain factors that should be kept in mind; all the time. Similarly, you’re testing at one of the significant counterparts of android, iOS it is crucial to perform an overall iOS testing and dedicated version voice testing as well. You might be amazed to know that apps that are tested for all version later than iOS 8, do not work efficiently with successive later versions and they need to be tested explicitly for 8.1, 8.2, 8.3; and all further versions. 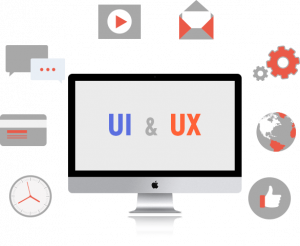 Testing your mobile app for different screen sizes and assuring yourself about the adaptive and responsiveness of the dynamic web design, is extremely important. With businesses hell-bent on improving their online presence over mobiles, their mobile-first approach for providing the best possible UX of any significant set of functionalities.

Alongside, it is equally important to test all your functionalities and their close links with other features and complete the compatibility with third-party microservices. It will help you ensure a better understanding of the mobile-first approach and also pinpointed focus on the UI and UX, of the importance that plays an essential part for the success of any mobile app. There’s testing of your mobile app for the point of you, of UI/UX quality assurance is a dire need of the hour. 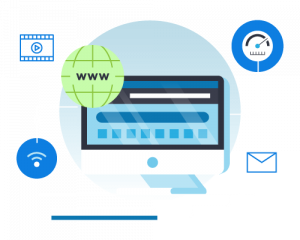 You might create an excellent mobile app that has all the required functionalities, and most likely we need all customer expectations, but performance bottlenecks due to data bandwidth constraints can hamper the overall UX. Delayed time, increased the turnaround time of requests, and terminating use cases due to time extension can lead to lower user experience, imparted from your precious mobile apps. While testing the low bandwidth capacity of the mobile app, you should:

Utilizing new-age technologies and introducing exciting features in a mobile app will ultimately make it computationally intensive. While testing the mobile app, never forget to scrutinize the functionality with battery usage, in all general smartphones. Also, don’t forget to consider the overall consumption in the ordinary sense. The ultimate objective of any leading mobile app development company is not to build a feature-loaded app with complex functionalities. But a lightweight one that is framed out of easy to use features and works absolutely well in the longer run. 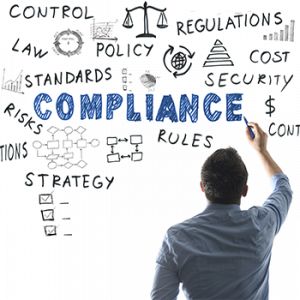 You should carefully note that whether you were to get an android or an iOS app, abiding by the strict guidelines of loading time, data protection, UI/UX compatibility, and user privacy is of utmost importance. Failing to make a guideline compliant app will keep you from releasing the app on the respective mobile apps store.

Pro tip: perform in-depth research on all the relevant guidelines, which need to be met before releasing your app right since day one. Even before starting the development phase. It will help you cut costs of extra workload and reduce the overall time material cost. In case, anything goes wrong or if something has to be altered during the development stage, which can be quickly done. 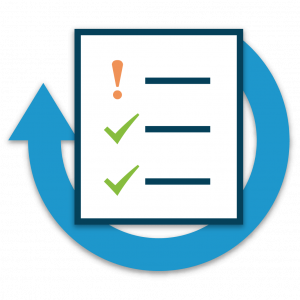 Generally, mobile apps have customized, functionality relevant structures and they strictly maintain continuous data streams feeding data from the cloud. It also passes on service request for API calls and data requests on the deployment cloud. The number of users at any point in time scales off dynamically. There are chances of these data streams to break and cause a breakdown of functionalities, with everything working except the data requirement fulfillment. Thus, making use of all the functionalities and features with excellent performance should be analyzed beforehand. They should be released only if all the data streams can see data as per:

The concept of coupling and cohesion correctly works with mobile apps. While looking to test the mobile app, on the whole, it is vital that the individual microservices are successfully passing through all the manual and automated test cases. It is a common mistake that a lot of mobile app makers commit. They misinterpret segregation of microservices and often tends to leave a few of them that creates a problem in the end.

The project managers and developers should remain in complete consensus over the microservice architecture and deployment strategy. It will help your mobile app testers to test every functionality in an isolated space and ensure its independent working capacity, of up to maximum potential. 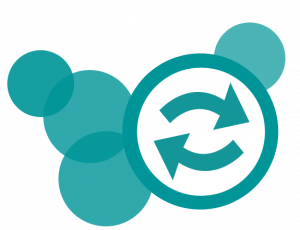 Kindly note that using certain functionalities and serving a particular purpose with a business app is just one side of the coin. A complete user journey can consist of multiple use cases that are taken into consideration, while using an app. Right from typing on the mobile app and exiting it is considered as an end to end use for your journey which can be represented with the help of a graph. The nodes of the graph represent various states in which an app remains static at different points in time during the user journey.

Mobile app development is extremely critical because failing to gauge even a single possible user journey or a particular combination of the two, can lead to a significant failure or breakdown of the app. It is like checking the complete compatibility of our mobile app and building the right mobile app configuration of use cases that solves to the purpose. Unquestionably, mobile app users are looking for high-performance features and a great UX.

Testing mobile apps in a unique user space restricts the mobile app testing team to analyze the load-bearing capacity of the mobile app. You should test the mobile app against a dynamically scalable user base with the help of cloud initiated user request. All the requests should occur at the same point in time can actually help you judge the endurance and stretching performance of your app in real-time. It is a great mistake which a lot of mobile app users commit. They ensure the complete working of functionalities and the inter-compatibilities, but the load-bearing capacity and scalability of users, tend to become a question of concern and utmost uncertainties. Avoiding cloud scaled testing can lead to: 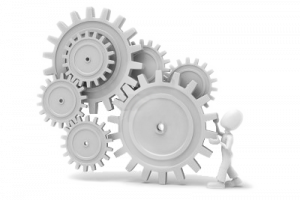 Importance of automation in the mobile app testing is more gravitated around user-centric test cases. One should look to automate high-end repetitive tasks to avoid any slack. Picking the right test cases for an automated mobile app test suite is highly beneficial. It leaves a great deal of time material cost for the testing team to capitalize. They can take ample time bringing out defects, getting them repaired and also ensuring a comprehensively performed mobile apps test suite.

Most of the critical testing technique: 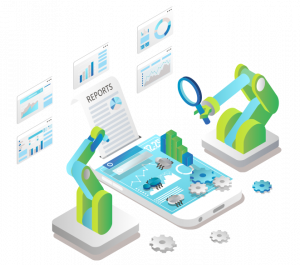 You might be wondering if there is a new technology to test mobile apps. Or maybe, a newly framed test suite. Something else that can help you ensure better performance. But the most important mobile app testing technique is human user based testing. Testing your mobile app with the help of real users in real-time should be kept on high priority. Making them use your mobile app is the best possible technique that can bring out defects. It increases your chances of building better mobile apps, and also rectify the flaws in the overall user experience. Automation can help you reduce the workload, but a rational analysis of the user journey and the overall feel imparted by UX remains incomparable.

It is essential to hook users with a compelling emotional engagement within the app. Perhaps technology and lifeless techniques can help you gain performance. User feelings while making use of your mobile app on a day-to-day basis remains beyond the scope of technology. CTOs and founders often commit a mistake of cutting corners of user-based testing and streamlining the overall budget. It is one of the greatest blunders they can engage, and it takes an enormous toll on the overall performance of the mobile app.

Bottom-line:
The magic trick of mobile app testing is that it is neither, an art nor a science. But a combination of both. None of the technologies or code snippets can help you make flawless apps. It requires the user-centric humane approach that is empowered through technology to conduct tests and rectify all the flaws in your mobile app. However, critical mobile app testing maybe, top-performing Mobile App Development Companies never undervalue mobile app testing. They perform all sorts of testing regimes without any compromises and help you build a robust, load-bearing guidelines compliant app.

Mobile app testing is generally conquered by minds that focus on ultimate value creation and addition, over cost-effectiveness or overall budget constraints. The increasing awareness is sure to manage the trade-off and help tests improve their approach. The expanding popularity of mobile apps is sure to make us witness a generalized mature approach towards mobile app testing in the years to come.